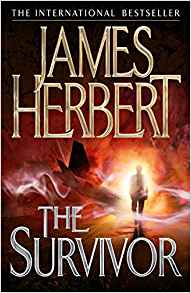 The Survivor by James Herbert

“It had been one of the worst crashes in airline history, killing over 300 people and leaving only one survivor. Now the dead were buried and the town of Eton tried to forget. But one man could not rest. Keller had walked from the flames of the wreck, driven on by unseen forces, seeking the answer to his own survival. Until the town was forced to face the shocking, dreadful truth about what was buried in the old graveyard. And a truth Keller did not want to believe…” (Synopsis taken from cover)

REVIEWS of The Survivor by James Herbert

Buy The Fog by James Herbert