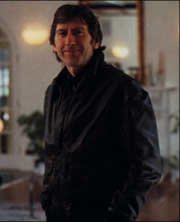 James Herbert is Britain's number one bestselling writer (a position he has held ever since publication of his first novel) and one of the world's top writers of thriller/horror fiction.

He is one of our greatest popular novelists, whose books are sold in thirty-three other languages, including Russian and Chinese. Widely imitated and hugely influential, his novels have sold more than 55 million copies worldwide.

He is an author who has produced some of the most powerful horror fiction of the past decade. With a skilful blend of horror and thriller fiction, he explores the shaded territories of evil, evoking a sense of brooding menace and rising tension. He relentlessly draws the reader through the story's ultimate revelation - one that will stay to chill the mind long after the book has been laid aside. His bestsellers, THE MAGIC COTTAGE, HAUNTED, SEPULCHRE and CREED, have enhanced his reputation as a writer of depth and originality. His novels such as THE FOG, THE DARK and THE SURVIVOR are already hailed as classics of the genre. (Details taken from several book covers)