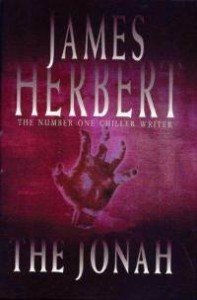 “The shadow of his past was always with him. But he never knew what it was, or when it would strike next. Sent to a small coastal town to investigate drug smuggling, Kelso stumbles onto a dangerous organisation and suddenly, more than just his life is at stake. It's his past, his future, his sanity. Through torture and drugs he discovers the terrifying secret of the The Jonah. And learns, in the most horrifying way, that it can destroy him as well as others…” (Synopsis taken from cover)