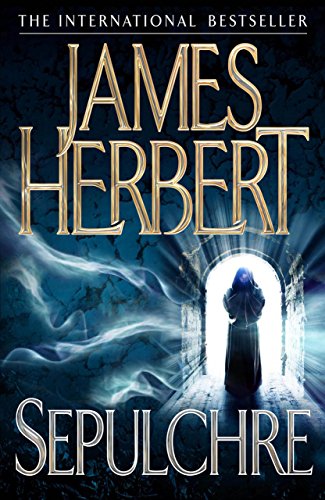 “There is a house, hidden away in a small valley, that holds a dark and dreadful secret. The house is called Neath. There is a psychic who lives in that house who is part of its secret. His name is Kline. There is a guardian of the house, and of the psychic, and of the secret. He is known as The Keeper. Together, in unholy union, they serve a force who existence threatens mankind itself. But now a terrible danger is sensed and an outsider must protect them all. The outsider is Halloran, and he is unaware of the insidious evil he must face. He will learn of a multinational corporation's strange method of detecting new mineral resources; he will combat men who thrive on the worst of physical corruption; he will find love of a perverse nature; he will confront the darkness of his own soul. And eventually Halloran will discover the horrific and awesome secret of the Sepulchre….” (Synopsis taken from cover)

REVIEWS of Sepulchre by James Herbert

"Skillfully weaves industrial espionage, terrorism, mythology, and supernatural horror into a fast-moving and well-written narrative. Attention to character, riveting suspense, and a satisfyingly chilling conclusion show Herbert once again to be a master of the genre." --Library Journal