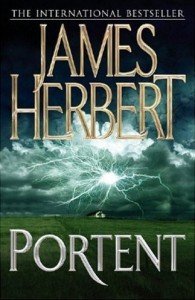 “The time is just a few short years from now. But already the signs of global disaster are multiplying. Freak storms, earthquakes, floods volcanic eruptions are sweeping the earth. The last violent spasms of a dying planet. Then a series of ominous events signal the emergence of new and terrifying forces. While scuba-diving on the Great Barrier Reef a diver watches fascinated as a tiny light floats past him towards the surface. Moments later he is torn to pieces as the reef erupts with shattering power. In Varansi on the banks of the Ganges a young boy pauses in his back-breaking labours, transfixed by the play of a mysterious light amidst the monsoon rains - before a towering geyser of boiling water bursts from beneath the streets to scald him into oblivion. In the Chinese city of Kashi travellers bring back reports of a strange light seen shining above the endless dunes of the Taklimakan Desert. And as the city's inhabitants watch for its return the desert rises up like a vast living thing to engulf them in a colossal tidal wave of sand. All have seen a portent. A sign of unimaginable powers about to be unleashed. A sign that something incredible is about to begin.” (Synopsis taken from cover)